Will infrastructure projects and tax reductions improve the economy?

Over the last seven years, I have had the opportunity to work with and get to know Chris Gibbons, the founder of Economic Gardening. Economic Gardening is an entrepreneurial approach to economic development that focuses on growing second-stage companies within communities across the country, as compared to traditional economic development initiatives that focus on recruiting outside companies to relocate and bring jobs with them.

Chris recently shared his thoughts on the economy as well as the proposed tax reduction and infrastructure improvements with me and several others via email. I always enjoy reading and listening to his perspective on the economy and thought my subscribers and network would find it interesting as well.

With his permission, here is a guest post from Chris Gibbons, the founder of Economic Gardening.

Will infrastructure projects and tax reductions improve the economy? 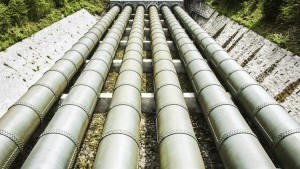 I tend to think of economic systems as closed systems – like a big field of interconnected pipes.  The water (money) is always there, always moving in the system.

So we can’t say the money goes to someone (rich people, government, China) – it always goes through someone on the way to the next place.  Government workers buy clothes, food and cars just like everyone else.  China uses its trade imbalance (accumulated US dollars) to buy U.S. government debt.  Rich people buy mansions and yachts.

In the reverse situation, reducing taxes takes money out of the public sector pipes and funnels it into the private sector pipes. Instead of the policeman or city planner buying groceries that weekend, someone in the private sector takes their tax refund and buys groceries. There is no new wealth; there is no new water in the pipes—only water directed out of the public pipe into the private pipe.  The dollar amount in the economy is exactly the same – the only thing that changes is what it is spent on (a public good like a policeman’s salary or a private good like a new washer and dryer).

The point is  — none of these activities increase the amount of wealth in the economy.  They are zero sum actions.  Add a tax refund in the private sector and subtract the same amount from the public sector.  Take taxes out of the private sector to build infrastructure and add it to the public sector account.  Add them together and the sum is zero.

The discussion should be around innovation.  It is innovation creates new products, new companies, new jobs, new wealth.  Innovation puts new water in the pipes.

Thanks for sharing this Chris.

Though tax cuts and infrastructure improvements will greatly benefit certain individuals and companies (especially the ones getting big contracts); I agree that from a macro level this merely moves money around as compared to growing the top line of the economy (adding new water into the pipes – great analogy!). We can only hope that the individuals and companies that benefit the most from these cuts and projects will reinvest their profits into innovation. When people and companies have more than enough – think Google – they can afford to invest more heavily in R&D and social good initiatives. The question is will they? We’ll have to wait and see.