During the month of October I was requested to speak several times at the University of Central Florida about my entrepreneurial journey.  The first was to a group of students within the student union at Blackstone Launch Pad, a phenomenal center created to help spark entrepreneurship across UCF’s campus. 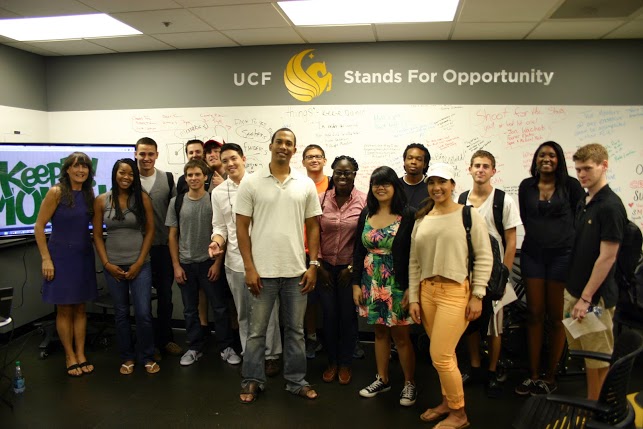 The second speaking engagement was at a auditorium style classroom for a creative entrepreneurship class that was live streamed to over 450 people.

Late yesterday night I received a video and thought I’d share it here in case anyone wanted to see it.

I also had the opportunity on October 31st to judge the first “Big Idea” contest that took place at UCF’s first annual StarterRiot event.   Starter Riot was a huge success.  There were over 1,000 students that attended in the name of entrepreneurship, pizza and free T-shirts.  The event started off with a showcase of UCF start-ups followed by a keynote given by Hollis Wilder, founder of Sweet!  Good Golly by Miss Holly and three-time winner of the cupcake wars show on the Food Network.  After the keynote had concluded the Big Idea competition began.  There were 12 different contestants that each had 90 seconds to pitch their “Big Idea” followed by a 90 second question and answer session.  There were three winners…a fan favorite, best pitch, and judges selection. All of the winners were different, which was a clear indicator that the competition was a close one. The competition was enjoyable and starter riot was a huge success! 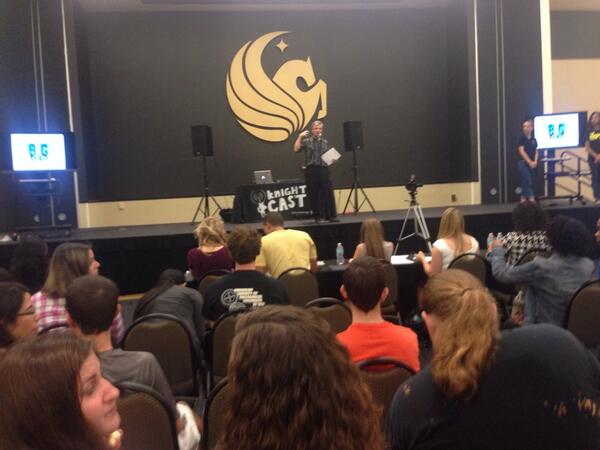 I am very happy to see the growth of UCF’s entrepreneurial culture. I look forward to future events and encourage all students, alums and local businesses to get involved.